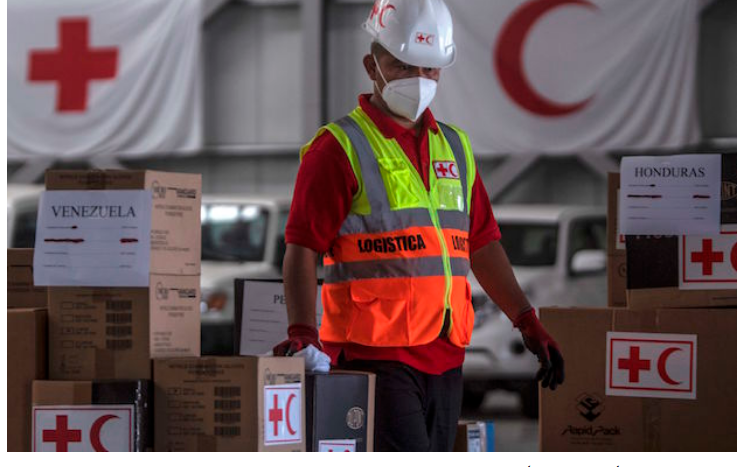 The country’s coordinated response is setting a template for others, but it’s not out of the woods yet.

PANAMA CITY – “This Panama Papers stuff? It’s time to erase all that,” said President Laurentino Cortizo, during a live press conference on April 7. “That’s not the Panama the world has seen in dealing with this crisis.”

Hit hard and early by the COVID-19 crisis, Panama adopted one of the most aggressive and coordinated responses to the virus in Latin America. In addition to developing a rapid medical response and pioneering policies since adapted around the region, the experience has rekindled the country’s self-image as a center for regional logistics and dialogue that has been obscured by its reputation for shady business and money laundering.

Panama recorded its first case of the virus on March 9. One month later, the country of 4 million people registered 3,472 cases and 94 deaths as of April 13, in both cases the highest per capita rates in Latin America. The country’s role as a major maritime and air hub increased its risk of exposure.

“Our connectivity, so beautiful from an economic perspective, has been converted into a disadvantage by a virus of this nature,” said Cortizo. Authorities have since identified eight original carriers of the COVID-19 virus: four entered from the U.S., three from Europe and one from China.

But the high numbers are also the result of the region’s most aggressive testing and transparent reporting. Panama began rolling out testing from day one, seeking out the infection and undertaking 11,776 tests by April 8, the second-highest number of tests per capita in the region after Chile. The death rate remains well below that seen in the U.S. and the most affected parts of Europe.

“Panama has a death rate of 2.4% of cases,” said Geraldo Alfaro, the Panamerican Health Organization’s country representative. “The regional average for countries with community transmission is over 5%.”

Although new cases continue to rise, early and drastic measures prevented an exponential growth phase. Data from the University of Oxford’s Blavatnik School of Business shows that by mid-March Panama had the most stringent policy in the region. Schools and workplaces were closed on March 12 when there were just 14 confirmed cases and a nationwide quarantine began on March 25. Panama was the first in the region to introduce defined outdoor hours for shopping and medical purposes based on ID numbers and to segregate by sex. Peru, Colombia and others have since adopted such measures.

Panama was also first country in the region to develop a digital hub that allowed ministers and legislators to conduct government affairs online and was quick to introduce telephone lines and online services for citizens. Rosa and Paco, the “virtual doctors” that determine whether people with symptoms require treatment have delivered over 50,000 consultations, and 24 professionals man a new help-line for victims of domestic abuse.

“We’ve been monitoring the situation since January. Looking at how other countries were dealing with the virus, we set up our Coronavirus action table on Super Bowl Sunday (in February),” said Oscar Ramos, the government’s communications secretary. “Preparation is key to dealing with changing circumstances.”

As with other countries where presidents have taken a decisive stance, Cortizo’s popularity has spiked, helped by well-pitched nightly broadcasts where he has appeared in army fatigues at distribution centers, demonstrated on wall maps how food and medical packages will reach remote communities and promised swift punishment for corruption associated with aid delivery and for organizers of a high-society wedding that broke quarantine rules.

“Panama has been ahead of the curve, taking tough decisions and for the first time in many years we can see a unity of public opinion behind the government,” said Roberto Eisenmann, founder of La Prensa¸ the country’s leading independent newspaper. “Cortizo has established a strong team, lets them set policy based on science and he speaks from the heart, connecting with people.”

The crisis has also reminded Panamanian’s of their country’s traditional strengths, often obscured by the negative publicity caused by the 2016 release of the so-called Panama Papers, the scandal that seriously dented prestige and business.

From the country’s “Hub Humanitario”, the region’s only humanitarian hub, the International Red Cross and other NGOs are preparing their responses for Latin America and the Caribbean. On April 13 Panama was chosen as a member of the United Nations’ supply chain task force to distribute PPE equipment, oxygen and diagnostic laboratories to Latin America and the Caribbean.

When the Zaamadan cruise ship arrived in national waters, carrying several deceased passengers following a long tack north from Chile, Panama became the only country to offer humanitarian assistance. It supervised the transfer of healthy passengers to another ship, opened airspace for relief packages and made an exception to maritime protocol to allow the vessel to pass through the Canal.

Panama is also reprising a historical role as an epidemiological hotspot. During the construction of the Panama Canal, U.S. Army physician William Crawford Gorgas undertook pioneering large-scale sanitation schemes to control yellow fever and malaria that had taken 30,000 lives and threatened the completion of the waterway.

Today, scientists at the Gorgas Institute, a squat neo-classical building among the downtown skyscrapers, have sequenced 41 genomes of the new coronavirus – capturing local variations and helping identify the origin of the original transmitter – and have extended working hours to process 400 tests per day. Over 2,000 hotel beds have been made available for patients and a new 100 bed modular hospital commissioned on 18 March will be operational in the coming weeks.

The success of the country’s response to the crisis has prompted many Panamanians to question why similar decisive action hasn’t been taken to address the country’s other structural issues, such as extreme inequality.

Pressed on the topic during the online press conference, Cortizo acknowledged that the crisis would require a rethink of the country’s economic and social policy. “The system has to become much more fair,” the president said.

A 48-hour full quarantine over Easter weekend, with no exceptions for food shopping, on top of falling trade and grounded flights will likely have a deleterious effect on the national economy. Still, many seasoned observers believe Cortizo has summoned the popular support necessary to avoid wasting the crisis.

“I think Nito will take advantage to push make badly needed changes,” said Eisenmann.  “Panama is a rich country, but it’s behind the times on inequality, education and provision of water. Now I think we have the chance to make radical reforms.”